By David Dexter on September 21, 2020 in Advice Articles, Latest News

Attorneys, Executors and Trustees are the various titles used in documents such as Lasting Powers of Attorney ,Wills and Trusts.
The differences between them are not always easily understood by members of the public.
An Attorney is someone you have appointed to look after your financial and/or your health affairs if you become unable or incapable of looking after them yourself. They can only act in your interests under a Lasting Power of Attorney which has been registered and stamped by the Office of the Public Guardian. They can only act whilst you are still alive.

Executors are named by you in your Will. They are appointed to administer your estate after you have died and have no authority before your death. It is their responsibility to obtain probate with your death certificate, collect all the assets of your estate, pay all outstanding accounts, debts and loans as well as the funeral costs and then distribute the residue according to the terms of the Will

Trustees can be appointed either by you whilst you are still alive or by your Will after you have died. Specific Assets can be placed in a Trust under their control with particular instructions as to how the income from them and how the ultimate capital is to be distributed. The trust usually has a period of time allocated to it or specific circumstances which you have defined. There is legislation which governs the powers and liabilities of Trustees.

It can be seen therefore how these differ.

View all posts by David Dexter →
Consequences
Is your Mirror secure? 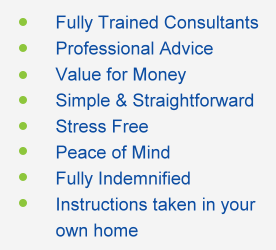